The UNBA International Law Committee has repeatedly stated that the advocacy community should support the idea of ​​ratifying the Rome Statute and be ready for the new challenges it faces in connection with the armed conflict, in particular being able to provide legal protection for victims of war crimes and crime committed in eastern Ukraine and the Crimea.

At the same time, recently in an interview with Glavcom, Minister of Justice of Ukraine Denys Malyuska stated that Ukraine had already ratified the Rome Statute of the International Criminal Court: "There are no violations of the Constitution. It provides for the possibility of ratification of the Rome Statute. In general, it has been ratified. but with reservations", the minister said.

According to the official, the state should conduct a dialogue on the issue of ratification of the statute and consider that a large part of society does not understand the risks and benefits that the ICC can give, as it is influenced by all sorts of myths: "It will, of course, take some time and dialogue. But this topic is so heated that one in five considers himself a specialist. In fact, a very limited number of people understand the real consequences and mechanisms, but a great number of people stand against it. So here are more myths than realities", added Denis Malyuska.

The minister's statement has caused widespread public outcry. Some human rights activists were frankly surprised at the position of the head of the Ministry of Justice and recalled that although Ukraine recognized the jurisdiction of the International Criminal Court ad hoc, it did not ratify the Statute. Thus, the ICC has jurisdiction over the territory of Ukraine on the basis of statements made by it in 2014 and 2015, however, this is not sufficient to enjoy the rights of the State party to the Charter.

The UNBA International Law Committee deems it appropriate to invite the Minister and all indifferent experts to join with our lawyers in discussing the ratification of the Rome Statute and the implementation of international criminal law in the national legal system.

We recommend you to read the interview with Maxim Tymochko, a member of the UNBA Committee on International Law, on the prospects of war crimes investigations by the Office of the Prosecutor of the International Criminal Court. 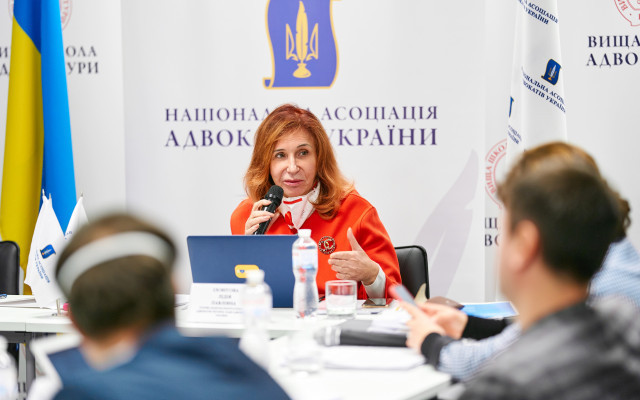