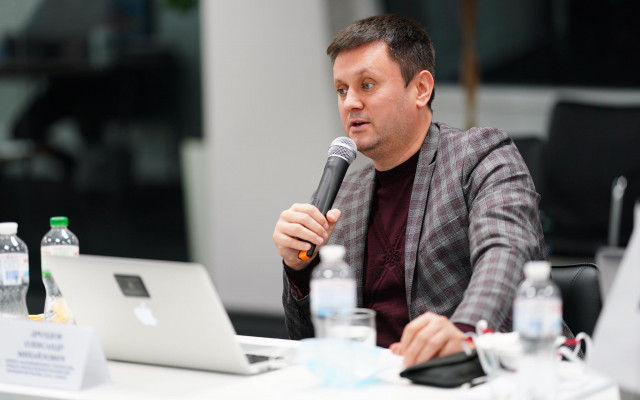 The instability of national legislation in the judiciary poses a threat to the administration of justice in Ukraine.

This was emphasized by the Head of the UNBA Committee on Free Legal Aid Oleksandr Drozdov during the second event of the national discussion "Access to Justice: Realities and Prospects", which took place online.

"One of the highlights of the independence of the judiciary is the stability of the legislation. Unfortunately, Ukraine shows the world an example when the constant change of legislation, including the change in the quality of this legislation, leads to the fact that judges lose confidence in themselves, judges do not want to work, "- said Oleksandr Drozdov.

He cited statistics on the number of judges in courts of Ukraine, previously cited by the Head of the High Council of Justice Andriy Ovsienko at the annual judicial forum. Thus, as of today in Ukraine, there are 7,295 full-time positions of judges, 34% are vacant: 5,275 positions have been filled, 4,853 judges have powers. In 97 courts, the actual number of judges is about 50%.

"Under such conditions, can we consider that Ukraine complies with its international obligations, in particular, with the requirements of the Convention for the Protection of Human Rights and Fundamental Freedoms regarding the right to a fair trial within a reasonable time? Can this Convention protect our real rights, which the ECtHR constantly draws attention to in its decisions that human rights should be protected in real, not illusory?” - The Head of the UNBA Committee asked.

Oleksandr Drozdov drew attention to international norms of continuity and proposes to introduce it in the judiciary.

"Continuity is introduced at the international level and implemented in national legislation. For example, a judge who has worked for the ECtHR for 9 years is transferred to another position. But he will not be recognized until the state proposes or the Council of Europe elects a new judge to the ECtHR. Similarly, in national legislation - the powers of the Cabinet of Ministers are valid until there will be a newly formed Cabinet. The same should be in the judiciary, " - he said.

The Head of the UNBA Committee stressed that today the concept has been formed at the constitutional level and the main stakeholders of the formation of the High Council of Justice, including attorneys, have been clearly defined. It is logical to apply this approach to other bodies of judicial governance, including the formation of the High Qualification Commission of Judges of Ukraine.

It is now "fashionable" to "hate" the judiciary. But we all live in a society and we are all far from perfect. Is this a reason to promote any new concepts and draft decisions that are inconsistent with the constitutional provisions? I would use the terms "reforming the judiciary" and "restoring confidence in the judiciary" with caution. We have the judiciary, and we have confidence in the judiciary. And the level of trust in judges should be learned not only from those who know about the judiciary from newspaper columns, Facebook, etc. It is necessary to learn from those who walk and daily with the relentless work defend human rights and freedoms in courts. These are attorneys,” - Oleksandr Drozdov summed up.

It will be recalled that the second national discussion "Access to Justice: Realities and Prospects" took place on November 30. The full video of the event can be viewed here: https://www.youtube.com/watch?v=hz_asc1Pikg&feature=youtu.be.