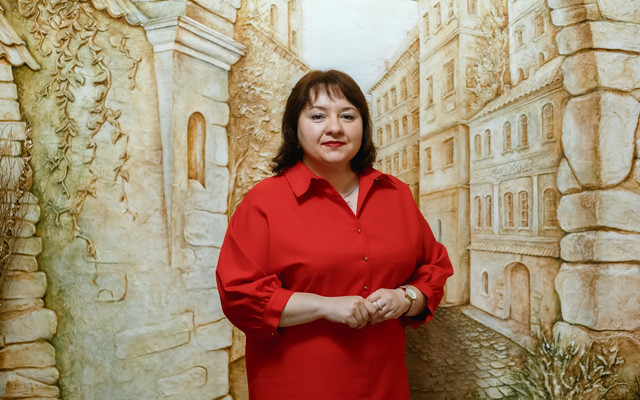 The Act of Independence of Ukraine, adopted on August 24, 1991, was the result of the struggle of many generations and millions of people during the twentieth century. Among them were Ukrainian lawyers. The contribution of the bar to the proclamation of state independence is indisputable and extremely significant. It was the lawyers who substantiated the idea of Ukraine's political independence, who were authors and signatories of legal documents, were creators of legislation, proclaimed the independence of Ukraine and preserved the kleinods of the state in exile.

Advocacy in the proclamation of Independence of Ukraine

Ukraine first appeared on the political map of Europe on January 22, 1918. Then, more than a century ago, attorneys became the creators of Ukrainian statehood. They have served as presidents and prime ministers, legislators and ministers, headed diplomatic missions and local authorities. Advocacy conducted state work throughout the turbulent twentieth century.

The starting point of the state struggle was the Ukrainian Revolution of 1917-1921. The Ukrainian People's Republic was proclaimed - the first Ukrainian statehood with a parliament, government and legislation. At least 22 attorneys became members of the all-Ukrainian legislature, the Central Rada, headed by Mykhailo Hrushevskyi. At once this young state had to be defended with the weapon in hands.

Attorney Opanas Andrievskyi became a member of the Directory of the Ukrainian People's Republic, which came to power as a result of the anti-Hetman uprising. Mykhailo Korchynskyi, an attorney, became the State Secretary of the Council of People's Ministers of the UPR Directory, and Hryhoryi Syrotenko, an attorney, became the Minister of Justice. There were 11 lawyers in the governments of the Directory.

Many representatives of the bar distinguished themselves at the diplomatic service of the young Ukrainian state. Dmytro Levytskyi, an attorney, was the Ambassador of the Ukrainian People's Republic to Denmark. Attorneys Arnold Margolin and Yaroslav Olesnytskyi were the heads of the UPR's diplomatic mission in Great Britain. The mission of the Western Ukrainian Republic to the United States was headed by attorney Longyn Tsehelskyi. The ambassador of the Directory of the Ukrainian People's Republic in Greece was an attorney Fedor Matushevskyi.

In the local government of the Western Ukrainian People's Republic, 25 of the 48 county commissioners were attorneys by profession.

Attorneys played a key role in the legislative process of the Synod of Ukraine. They were active participants in the development of legal documents, preparatory negotiations and the proclamation of the Act of Unification - that is, the unification of Eastern and Western Ukraine.

Ukrainian attorneys Dmytro Levitskyi and Longyn Tsehelskyi signed the first documents of the Cathedral Ukraine - the Pre-Accession Treaty between the UPR and the Western Ukraine, which was concluded in Fastiv; attorney Opanas Andrievskyi also signed the Universal Directory of the UPR on unification.

The formation of a single, united, independent Ukrainian State has fulfilled the dream of many generations and has become the embodiment of the original aspirations of the Ukrainian people.

Attorney Andriy Livytskyi and Stepan Vytvytskyi managed to form and organize the activities of the Ukrainian government in exile - the State Center of the Ukrainian People's Republic. The center operated for 71 years, 39 years were headed by the aforementioned attorneys.

Attorneys-presidents of the Ukrainian People's Republic in exile retained the main attributes of state power - the flag, state seal and presidential jewels, which returned to Ukraine after the proclamation of independence in 1991. On August 22, 1992, Mykola Plaviuk, President of the Ukrainian People’s Republic in Exile, resigned and proclaimed the state of Ukraine the successor to the UPR.

The bar took an active part in the development of all areas of public life. Attorneys were active participants in the cooperative movement, headed the first Ukrainian financial organizations, banks, insurance companies, were well-known patrons and philanthropists, participated in the work of local governments. Attorneys Mykola Levitskyi, Stepan Fedak, Fedir Kryzhanivskyi, and Teofil Kormosh are the "founding fathers" of Ukrainian cooperation and banking.

Ukrainian independence arose as a result of struggle throughout the twentieth century - the century of wars and revolutions. Ukrainian attorneys made a huge contribution to acquisition of the independance. We remember and honor them!

Ph.D., Head of the Center for Advocacy and Law Studies of UNBA

Advocacy in the proclamation of Independence of Ukraine