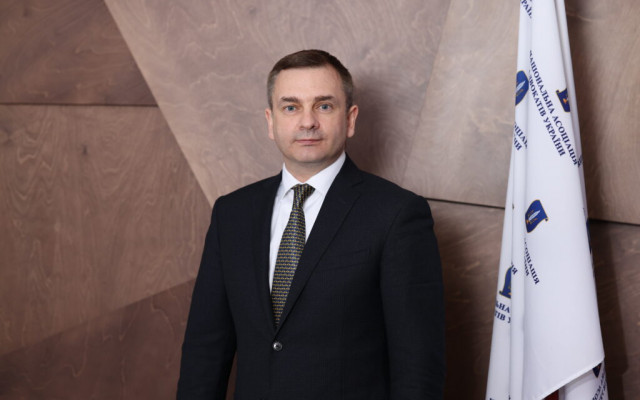 WORKING IN A WAR ZONE

When lawyers in England and Wales talk about work-life balance they are generally concerned with the ability to earn a sufficient amount of money while being able to spend time with friends and family.

Before 25 February last year, it would have meant roughly the same for lawyers in Ukraine. But, as Valentyn Gvozdiy, vice president of the Ukrainian National Bar Association (UNBA) told the annual conference of the Bar Council of England and Wales in November, since the Russian invasion ‘life means to be alive and work means to have a means for existence’.

Beamed in by Zoom, he joined a panel discussion chaired by the peer Helena Kennedy KC on the threats to the rule of law, telling delegates that ‘the war in Ukraine is a terrible test for our entire nation’ that will change international politics.

But he stressed that ‘at all times, the role of the advocate has been and will remain unchanged’ – to uphold the rule of law.

Speaking to the Gazette from Belgium, where he was attending a plenary event of the Council of Bars and Law Societies of Europe (CCBE), Gvozdiy says that following the invasion and annexation of Crimea by Russia in 2014, people in the rest of Ukraine had ‘never excluded’ the possibility that their country might be next. But, he says: ‘We always hoped it would never happen.’

Living in the capital, Kyiv, he says that in the days following the invasion ‘it was terrible, unbelievable, scary, but at the same time we had no choice – the only option was to fight. From the first moments of the attack on Ukraine, we realised that the war would have sad consequences for advocates and their families’.

Many colleagues joined the army to protect their country, and dozens have died or been injured. More have had homes destroyed or become refugees in foreign countries.

The bar association established a board of trustees, which, with help from international partners, has provided financial and other assistance to affected advocates and their families. So far, Gvozdiy says, the board has considered more than 450 applications from advocates, and he continues to appeal for support from lawyers around the world.

Lawyers across Ukraine, he says, have helped to create a safe corridor through which those escaping occupied territories can pass, and have formed a chain of support, proving shelter and food. His own mother’s house, he says, ‘was always full of people staying overnight’.

Despite the hardships of the war and declaration of martial law, Gvozdiy says advocates have continued their work and the work of the UNBA. Since the invasion, he stresses with pride, ‘we have never stopped functioning. Ukrainian advocates have continued their constitutional mission of defending clients from criminal charges and protecting legitimate rights and interests’.

This includes giving advice to Russian prisoners of war, which presents ‘difficult  moral questions’ for some Ukrainian citizens. But, he insists, ‘our profession is about providing legal services to everyone who needs them’.

The war necessitates consideration of many things that in peacetime are taken for granted, as well as more extraordinary activities. For example, says Gvozdiy, the Bar Council of Ukraine (BCU) secured the archives and records of the bar, and limited access to the unified register of advocates of Ukraine to prevent abuse of personal data.

Martial law was introduced at the start of the war and has been extended into 2023. As a result, the BCU relaxed some professional regulations to sustain the profession’s activities. Regional bar associations in occupied territories were permitted to open offices in Kyiv or other unoccupied territories, and carry out admissions to the profession, internships, advanced training and disciplinary procedures.

Last November, the BCU updated the list of reasons that would justify an advocate no longer being able to act for a client and of failing to attend court during martial law, removing the risk of disciplinary action. This, says Gvozdiy, includes reasons such as, ‘due to the consequences of the war – air alarm, lack of electrical supply, inability to use transport, armed destruction of the territory where the advocate and/or the relevant authority is located, as well as the occupation of the specified territory’.

More than 10,000 children and their parents have been forced to leave Ukraine since the invasion, and the UNBA has helped provide them with legal advice. It has also expressed its readiness to help organise the return of children separated from parents.

Due to the number of Ukrainians living temporarily outside their country, the UNBA has spent time working with foreign bar associations and international legal organisations on issues including the recognition of qualifications and access to the legal market.

During the war, Gvozdiy notes, more than 30 laws have been drafted and submitted to the Ukrainian parliament. These comprised new criminal laws and procedural changes to facilitate law enforcement activities and the administration of justice, which the bar association has advised on.

While no judicial system could have been fully prepared for the impact of the invasion, Gvozdiy says that Ukraine responded rapidly, evacuating judges, court staff and case materials swiftly from occupied territories.

According to data published by the judiciary, the hostilities have left courts in eight regions unable to function; some 85 court premises have been destroyed or damaged, and more than 130 courts have changed their territorial jurisdiction.

As a result of using advanced technology before the invasion, including electronic filing, paperless workflows, videoconferencing and the use of electronic signatures, the courts initially proved resilient. But widespread blackouts caused by Russia’s recent missile strikes on Ukraine’s energy supply present problems, says Gvozdiy.

Unlike in the UK, Ukraine’s constitution provides that all court and tribunal hearings must be recorded – failure to do so constitutes a breach of the right to a fair trial.

To help ensure its activities can continue throughout the country and to protect its members – especially the elderly and vulnerable – the UNBA is seeking to create ‘unbreakable centers’ that are equipped with generators, warm clothes, water, medicines and other necessities.

‘We will organise heating and charging stations for our members and their families,’ says Gvozdiy, adding that for some ‘it will be the only way to survive this winter’.

On 29 November justice ministers from the G7 nations, including attorney general Victoria Prentis KC MP, signed a pledge of international solidarity to Ukraine strengthening their commitment to securing justice for the atrocities being committed in the war-torn country.

Gvozdiy believes that ‘all the guilty will be punished and the damage will be compensated’ when the war eventually ends, but argues that the existing international mechanisms for achieving this are ineffectual. He calls on ‘the world’s best jurisprudential minds’ to ‘build practical tools that will work in practice’.

So who is Valentyn Gvozdiy? Aged 43, he was born in 1979 in western Ukraine during Soviet rule. His mother was a history and law teacher in a rural school; his father was a construction engineer. ‘My parents are incredible,’ he says. ‘They worked hard so my older brother and I would not experience the hardships of Soviet childhood. It was not easy and I am proud of my parents and infinitely grateful to them.’

From 1996-2001 he studied at the Law Faculty of Yuriy Fedkovych Chernivtsi National University and later obtained a PhD. The legal profession, he says, ‘always seemed to me quite interesting and promising’. He was keen to help those with legal issues who lacked the ‘knowledge or ability to defend their legitimate interests’.

His choice of career was also influenced by a teacher, Klara Margulyan, a talented advocate who became his mentor.

In 2003, Gvozdiy, who specialises in litigation, dispute resolution, bankruptcy, and debt restructuring, established his own law firm, GOLAW, which is one of the top 10 law practices in Ukraine.

The independent bar of Ukraine, explains Gvozdiy, was germinated when the country was still part of the USSR. ‘The process of struggle began in the late 1980s with the aim of destroying the oppression of the bar by the state,’ he says.

Since independence in 1991, he explains, the bar has gone through different stages on its journey towards independence. That began in 1992, when the first post-Soviet law ‘On the Bar’ was adopted, abolishing complete state control and marking the transition to quasi-self-regulation.

In July 2012, Ukraine’s parliament adopted the legislation ‘On the Bar and Practice of Law’, which for the first time created a fully independent cadre of advocates along European standards – the UNBA.

Membership of the body, which regulates the legal profession, is mandatory, and it has continued to grow during the war. As of 8 November, says Gvozdiy, there were 65,506 licensed advocates in Ukraine, with an average age of 39. Women make up 39% of the profession, but he is determined to get the ratio to 50%.

In the first eight months of 2022, he says, 1,791 advocates joined the ranks, 968 prospective advocates began traineeships and 3,826 graduates started their career as assistant advocates.

Gvozdiy was elected as vice president in 2012 for a five-year term and re-elected for a second term. The UNBA should have celebrated its 10th anniversary on 17 November but the war has put any celebrations on hold.

At the end of November, the CCBE awarded its 2022 human rights award to the Ukrainian lawyer Nadia Volkova and to the UNBA for their ‘courage, determination and commitment to defending human rights and the rule of law in Ukraine’. Presenting the award, CCBE president James MacGuill SC said that the European body ‘wishes to highlight the important role that the legal profession plays for Ukrainian citizens in defending their fundamental rights’. He added that it also demonstrates ‘the need to preserve the integrity of the administration of justice and the rule of law, especially in times of war’.

Although grateful for the award, which he accepted on behalf of his country’s lawyers, more important for Gvozdiy was an upgrade for Ukraine’s membership of the CCBE. ‘Out membership has been changed from “observer” to “associate” status, which opens up more opportunities for us to be involved in the legal profession at a European level,’ he explains.

This follows the granting of European Union candidate status in June, following Ukraine’s application in February, shortly after the Russian invasion.

The CCBE provided charitable assistance to Ukrainian lawyers affected by the war and, working with UNBA, adopted recommendations to enable Ukrainian advocates to access the legal services markets of other European countries.

Gvozdiy concludes by thanking legal organisations in England and Wales, including the Bar Council and Law Society, and individual lawyers who have helped Ukranian colleagues.

‘I would like to express my boundless gratitude to all foreign lawyers for the support, both moral and financial, they have provided to Ukrainian advocates and internally displaced Ukrainians during these nine months of the war.’

However, he calls on foreign lawyers to offer more help to Ukrainians who have moved overseas to work, including with the provision of training in legal knowledge and language skills.

‘And, of course,’ he urges, ‘please donate. Your help saves lives.’

WORKING IN A WAR ZONE 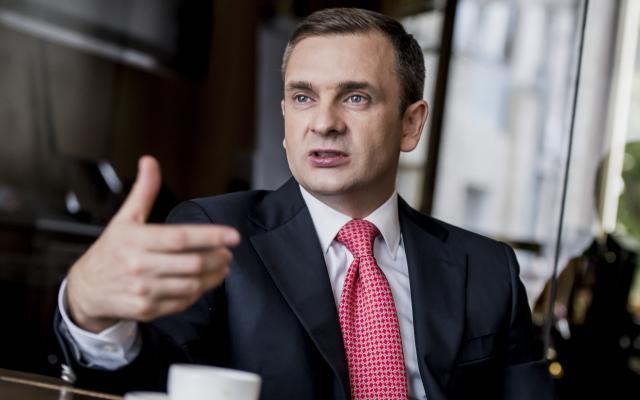 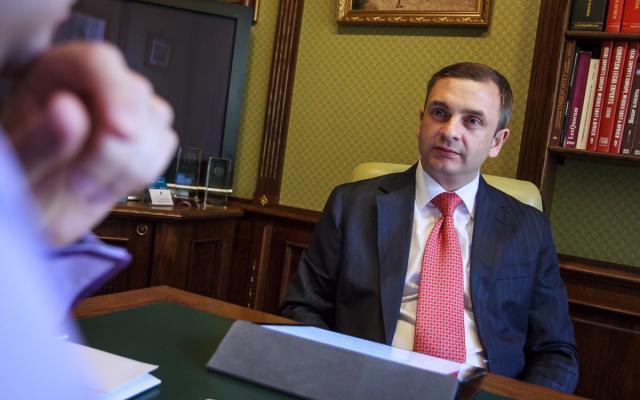