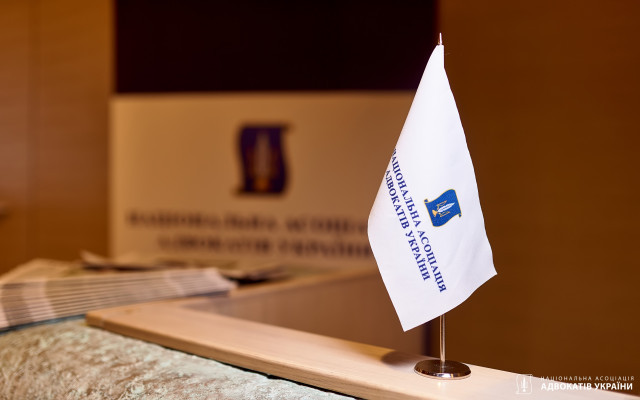 On November 22, 2019, «The Schemes» TV-Program cited several lawyers to conclude infringements of incompatibility requirements by the current head of the Office of the President of Ukraine Andrii Bogdan during his previous career as a state servant.

The interpretation of these laws is biased and superficial. "As early as 2017 in the decision of the Council of Advocates of Ukraine of 3 February No. 10, some issues concerning incompatibility with the activity of lawyer were clarified. The law of Ukraine "on advocacy" of December 19, 1992, as such, foresaw the suspension of advocacy activities exclusively as a kind of disciplinary foreclosure. Such a penalty was imposed on a lawyer by the appropriate qualification and disciplinary Advocacy Commission in case of Committing him disciplinary offense", - explained UNBA President Lidia Izovitova.

"At the same time, the Profile Law No. 2887-XII did not envisage the obligation of the lawyer to in any way inform (inform) the occurrence of circumstances stipulated by Part 2 of article 2 of the Law of Ukraine" on advocacy "(work in court, prosecutor's Office, notary, bodies of internal Security, public administration). In addition, a body to which the message would be sent was also missing. The main thing is that the lawyer is really not engaged in advocacy during mentioned positions. I emphasize that the lawyer's violation in the form of a co-existence must be proved by the appropriate decision of the qualification and Disciplinary commission of advocacy ",-said UNBA President.

The obligation of the lawyer to address the application for the suspension of advocacy activities, in connection with the existence of incompatibility circumstances, arose with the adoption in 2012 of the Law of Ukraine "On the Bar and Practice of Law" No. 5076-VI.

Under current special legislation, an attorney is obliged, in case of incompatibility of incompatibilities, in a three-day period to submit to the Bar Council of the region at the address of his workplace a statement on the suspension of advocacy activity, as entered into the relevant Record to Single Register of Advocates of Ukraine (SRAU)

"In the unified Register of Attorneys of Ukraine in the profile of lawyer Andrii Bogdan there is information about the filing of applications for suspension of advocacy activities in 2012 and 2019 years. Thus, in each case the requirement of the current law "On the Bar and Practice of Law" regarding the incompatibility of advocacy activities with the State service was made. Therefore, the opinion of some lawyers regarding the interpretation of legislation on advocacy and legal practice is their personal point of view. Clarification of the relevant legislation is attributed to the exclusive powers of the Council of Advocates of Ukraine ",- Lidia Izovitova emphasized.